Hi everyone! I’m sharing a few items with you today that I’ve been enjoying this month. Per usual, you’ve likely seen most of these before. I just don’t buy so many new things or change up things as often as I used to! I think maybe I should stop doing these monthly since it’s usually products I’ve shown before. I know some people either on their blogs or on YouTube that I watch have switched to quarterly favorites so maybe I could alternate between favorites and empties?

Let me know what you think!

I’m nearing the end of my tube of the Bissu Long Wear Foundation in Tone 3 Macadamia and I’m really sad about that! I’ve had this foundation for awhile so I’m surprised it’s not expired and it’s actually great that it’s nearly done in that case. But I really do like it and I haven’t seen it on sale anywhere in the US. I did buy this in Mexico so maybe I’ll try to pick another one up next time I go!

Next is a lip product I haven’t used in awhile! It’s the Revlon ColorStay Ultimate Suede 035 Backstage. I got a ton of compliments when I wore this the other day as well as people commenting that I put effort into my makeup that day. So I guess I should wear different lip colors more often!

An old favorite, I’ve been using the Dr. Brandt Hydro Biotic Recovery Sleeping Mask. I previously received this for free from Influenster to review, and I ended up really liking it! I use it often but still am barely halfway through the jar. It’s great!

Another previous favorite is here! It’s the Zoya Ayla Rose Quartz Roller. I usually use it with the Dr. Brandt mask so it makes sense that they are both on my favorites. They both are just so nice and cooling so they work perfectly together!

I actually had this in last month’s favorites so I guess I really like it! It’s the Kat von D Lock It Setting Powder in Translucent. I have a small travel version only because I was trying to get the travel size of the concealer. I still love the concealer but the powder became an unexpected favorite!

I think this is a new favorite as I hadn’t used this product before getting the sample. I’ve been loving the Too Faced Hangover Face Primer! I really wish this sample was a little bigger but ah well. I don’t think I’ll purchase it once it runs out (which should be soon) just because I do have other primers but I’ll miss it.

Next is the Bath & Body Works Dolce Scented Candle. I’ve had this candle for so long and tried to avoid burning it because I didn’t want it to end but finally caved in. The scent is a mix of vanilla bean, caramel, and cream according to the label. Normally it’d be too sweet to burn but the smell does lessen the longer you have it sitting out so it’s perfect now!

I think I’ve had this in a favorites recently too but I have used my Free People x Understated Leather Starry Eyed Travel Eye Mask every night for the past two or so weeks. For some reason I haven’t been able to sleep without it recently as the lights keep bugging me! Usually I have stuff charging and my window does face the street and is across a street lamp. It didn’t used to bother me but for some reason it has lately so I’m using the mask so much!

And last but not least is this Target Pink Furry Backrest! My mom and I had seen it in the store but I didn’t get it and regretted it. When we went back about a week later we thought for sure they would be sold out but there were still a few left at a discount! I immediately grabbed it and took it home and it’s been amazing! I like to switch out where I sit and so it comes in handy as I can take it everywhere around the house with me and still be comfy!

So those are my favorites! Let me know if we have any of the same favorites in the comments if we do. It’s always fun to find other people that like the same stuff! 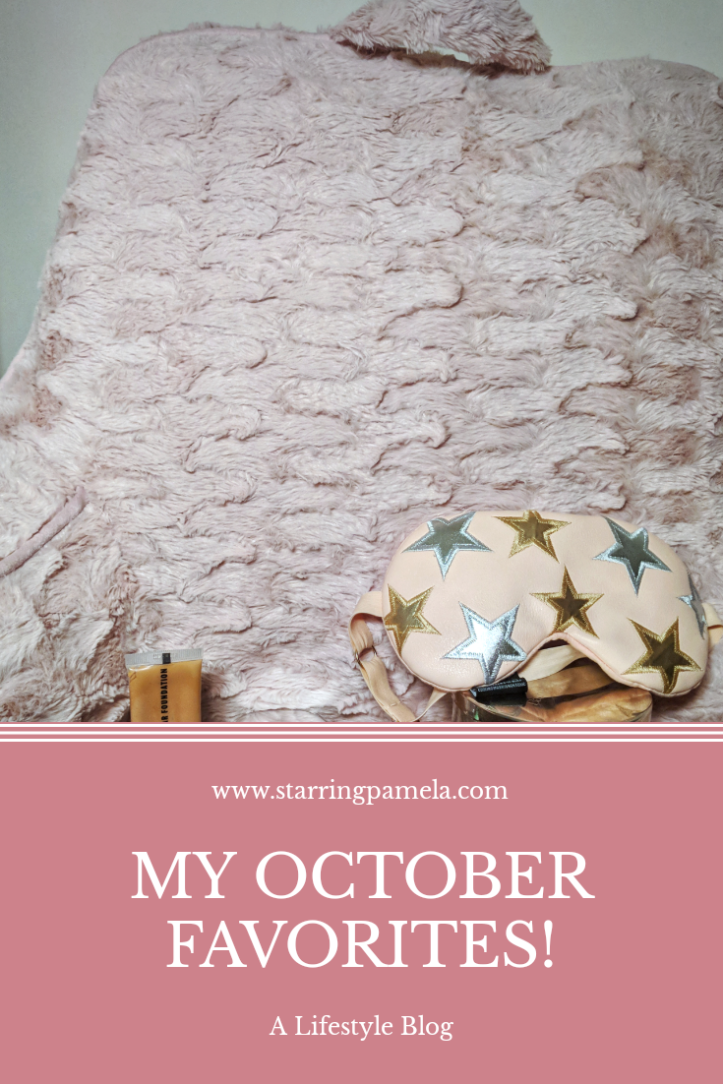