Hi everyone! So today I wanted to share my fall bucket list with you as well as review how I did on my summer bucket list! I am great at making lists, and dreadful at going back and seeing how I did. It’s a goal of mine to change that so here we are! First, let’s review the summer bucket list I had made, shall we? I copied and pasted my summer list below. Before looking back at it I’m going to admit that I don’t think I’ve looked at it since writing it, which completely defeats the purpose! Honestly it’s a pain point for me. So without looking at it, I’m guessing I didn’t do barely any of the items as I clearly didn’t remember them! So let’s take a look! 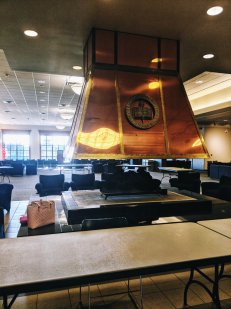 So I did do 6 out of the 13 items I wanted to do. It’s more than I thought but then again the items weren’t really a stretch that I did accomplish. For example, I already had the tswift and Six Flags tickets down so there wasn’t much chance I wouldn’t do those. But it’s nice that I followed through I suppose!

Okay so I’m going to try to make some more reach goals but keep it to a few so that way I can better remember and review them!

I think that’s enough goals for now. I don’t think they’re maybe the most ambitious goals but some of them are more involved. I do like the plans thus far so hopefully I can do all of them!