My Museum of Science and Industry Visit!

Hi everyone! I wanted to share a few photos of my visit to the Museum of Science and Industry with you today. I went earlier this month with my sister as she got tickets through her work. All we had to do was pay for the special exhibit we wanted to see so that worked out great! We specifically chose to go to The Science of Pixar exhibit. We bought the tickets (they are also prescheduled). I actually rarely go to the Museum of Science and Industry because even though it’s an amazing museum it’s quite far from downtown. However, my sister is a genius with public transportation in the city now so she got us there just fine. Besides the amazing science the building was one built for the 1893 World’s Fair in Chicago. It used to be the Palace of Fine Arts. 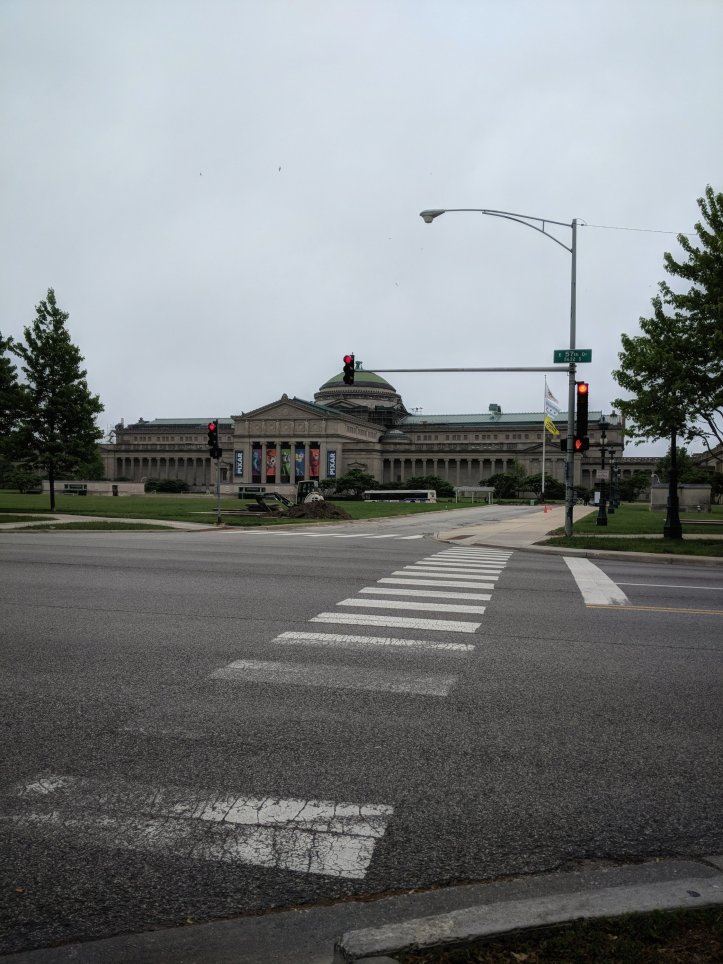 So upon arrival we walked around the section about natural storms. While there the employee actually opened the vortex and allowed us to walk around which was fun! There was also interactive activities to learn more about storms and the science behind them. It was fun but we sort of rushed through them to get to our Pixar scheduled time. 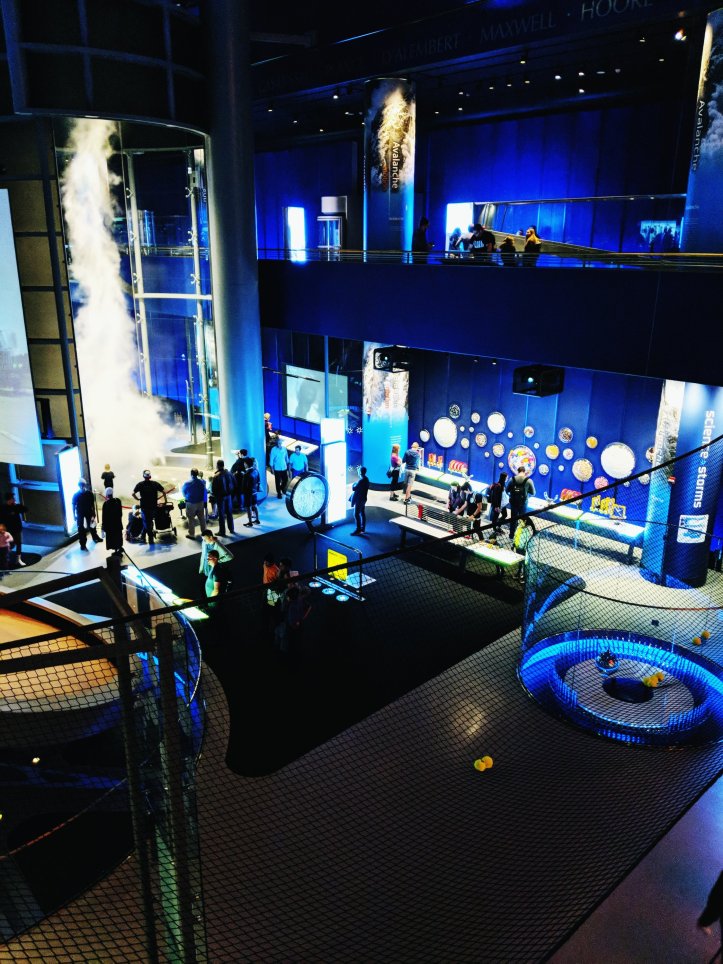 After that we headed to the Pixar section! There was a video at the beginning to stagger out the people entering the Pixar areas as they were also highly interactive. Naturally it took awhile to get through both sections but they were amazing. We learned all about how the characters are animated, how they’re lighted, angles, research, and so much more! Oh, and I snuck in a photo of my sister below! 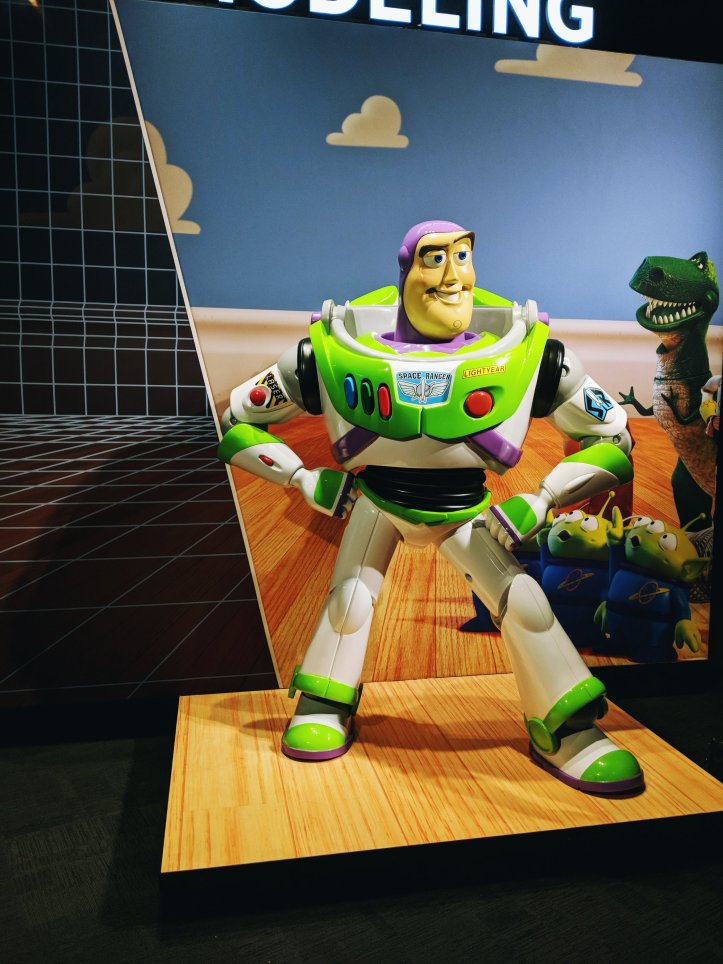 After we explored every station we walked around a bit more to see the section with model buildings of the city and model trains. The trains go from Chicago to rural areas which are meant to show how trains help move what we need from place to place. There’s also docks, bridges, and so many intricate details! After that we went to a few more exhibits that were part of the museum entry but we sped through them as we were running out of time (it was the day of the TSwift concert so we had a strict-ish schedule). There was a section all about space exploration and I got to pretend to be an astronaut! We ended the day with the World War II exhibit and found the giant ship under the museum! You can tour it as well but it’s a time entry and additional fee like the Pixar exhibit and since we already did one extra item and were running late-ish. There was also an area that we passed on that was about the human body as we had seen that before already. We did walk through the section warning about climate change though. 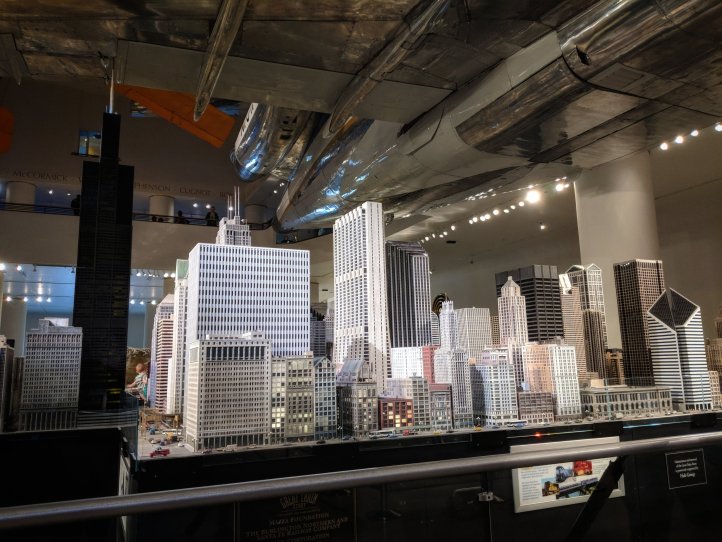 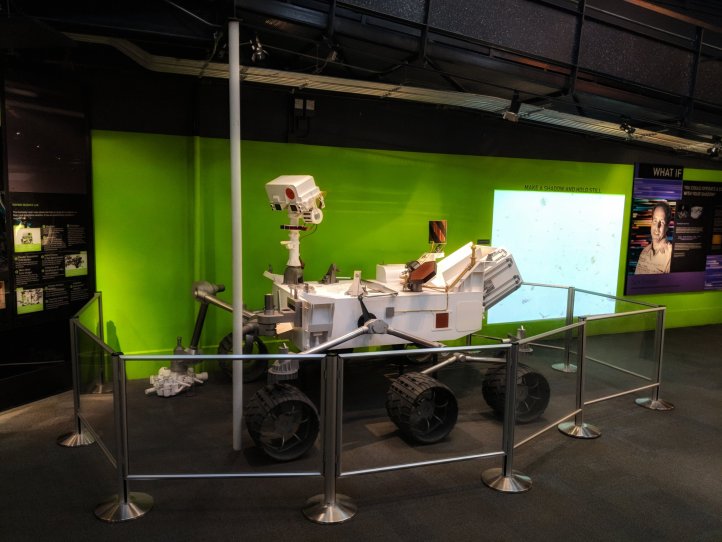 After this we left and headed out to my sister’s house to rest up before heading out again for the rest of the day. But the morning was fun and we had a great time!

Let me know if you’ve been to a local museum like the Museum of Science and Industry or your favorite museum in your city! I’d love to know (and get museum ideas for future travel plans)!