Hi everyone! I can’t believe it’s already the end of October! So perfect time to show how my month has been in terms of my hobbies. I think I’ve neared the end of fall in Chicago. I’ve had to wear gloves already and bust out the coat. And tiny little snow flakes fell from the sky today. I need to bust out the new beanie next.

Anyway, happy Halloween everyone! I’m Wonder Woman today because who else could I possibly be hahaha!

Okay onto what I’ve been up to!

I’m going to go ahead and say I failed in terms of fitness this month. I don’t even think I did yoga. First I was sick at the beginning of the month and that led nicely to midterms and then I was just lazy. Ah well, I’ll try harder next month!

Although I did find a ballet YouTube channel and did some of the steps along with the dancer. Does that count? 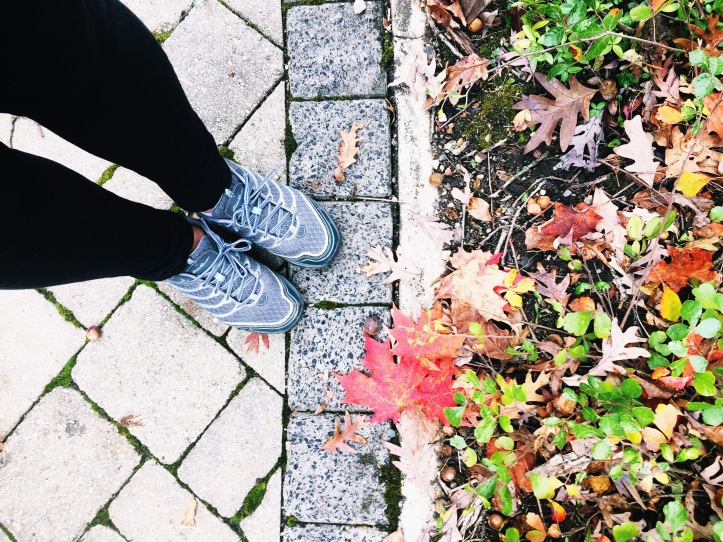 If you don’t already know, I help my dad on weekends with his landscape business. I feel that it’s the end of the season already and I don’t know if I’ll go at all on November. There’s not much more to do anymore and it is pretty chilly so the pond will be turned off soon which is one of the last tasks we have for the season. The other is cleaning up the leaves and those are falling fast. I’m busy the next few weekends so I think that might be it for me. We’ll see!

I saw two musicals this month and reviewed them both if you didn’t see them already! I saw Rent in Milwaukee and Les Miserables in Chicago this month. I am so happy I was able to see them both as I really enjoyed them. I don’t know how many musicals I’ll see next year once my Chicago subscription is up since I’m not renewing but I’m sure I’ll find some to see. Actually Karen Olivo will be starring in Fun Home in Madison, Wisconsin and I kinda want to make the trip out there to see it. Oh and a local theatre is doing Sweet Charity. So there are options!

I guess this isn’t really a hobby but I thought I’d put it here. School is school. I do love being a student but it has been a harder transition than I anticipated.I don’t regret going back at all though. It’s been a good challenge and I can’t wait for the j-term to be over and to take finance and marketing next semester. My two favorite subjects! (Not lying!) 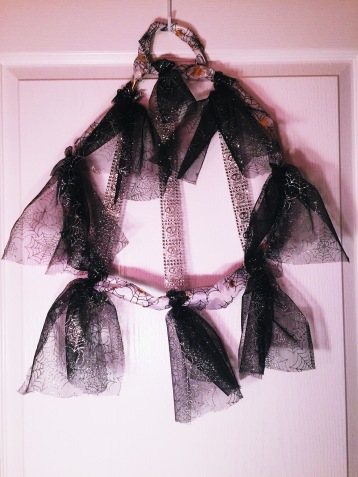 I’ve been crafty this month! You might have already seen my Halloween and Day of the Dead DIY post. I made a Halloween themed wreath and a Day of the Dead bracelet. I’m so happy with how they turned out and I still don’t know where my hot glue gun is!

I’m a huge fan of this place. My mom and I went for Fright Fest and had a good time. We activated our passes for next year as we already bought them and then got on some rides, ate some food, and went to a few shows. We rode X-Flight and Batman specifically but after that the park got packed and the lines were too long to get in anymore before the shows we wanted to see. We did try the new taco place for lunch in the food court and decided it was a yummy place!

We then went to see the main Six Flags Fright Fest show Love at First Fright which is always the same songs and choreography but it’s always fun to see. I wanted to see it since I actually know someone in the show. However, due to a performer’s family emergency we weren’t able to see it as the park cancelled it so that performer could go to be with family and it was switched with The Ringmaster’s Cabaret. I thought that was amazing of the park to put their performer’s first and show that support. As for the show, I hadn’t seen before so I loved it! The main performers were amazing. The vocals were great as was the dancing and there were sword/fire eaters performing too. It was a great show.

We also saw the hypnotist Susan Rosen, who performs each year at the park. I think this was the funniest routine yet! My mom and I literally laughed the whole time and the girl next to me tried to get hypnotized and I think she almost did but her sister distracted her as she was over exaggerating everything to tease the girl that was trying. Poor thing. She was so excited too! But it was a good show and afterwards the volunteers on stage were told that for ten minutes they had to warn everyone that there were bears around the park. We saw one girl after the performance as we were heading out and she was running around screaming about the bears trying to warn everyone. Her mom and sister were embarrassed but her dad had his phone out to record her which was even funnier. It was great! I can’t wait for next year already!

So that’s how my hobbies went for October! Let me know what you’ve been up to this month. I’d love to know!