The King and I Musical Review!

Hi everyone! I saw the musical production of The King and I over the past weekend and wanted to share a review on it today! If you read my last Day in the Life post last Monday you’ll know I saw this musical last Saturday. I’m actually writing this on Monday as it’s still fresh in my mind!

My lovely friend and blogspiration Maggie requested this review after she read my post so Maggie, this one’s for you!

So a little bit about the exposure I had to this musical beforehand, I didn’t have much. I remember I had watched the movie once in school for band class but I couldn’t remember much on it. Other than that, I hadn’t seen it again and heard the music probably only during the 2015 Tony Awards when they preformed a song. 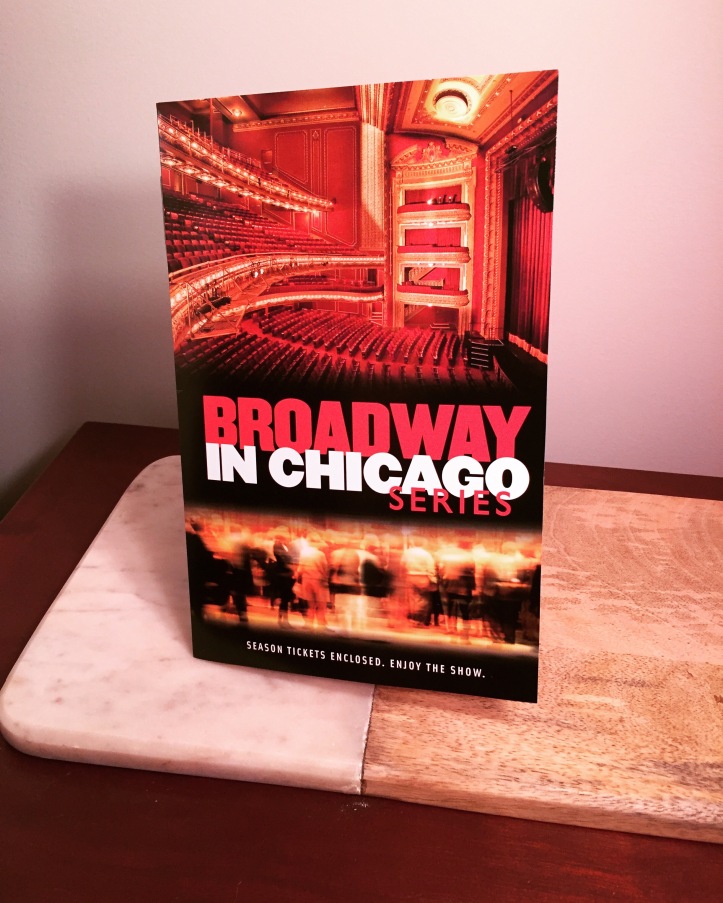 I was interested in this musical but the main reason I went was because I have a Broadway in Chicago subscription for the 2017 summer/fall season. This musical wasn’t one that I would have gone to see if I hadn’t had the subscription.

A little bit about the musical’s history. The King and I opened in 1951 with music by Richard Rodgers and lyrics/book by Oscar Hammerstein II, the team collectively known as Rodgers and Hammerstein. The musical is based on a 1944 novel by Margaret Landon called Anna and the King of Siam, which in turn was inspired by the memoirs of Anna Leonowens who was the real life Anna, the main character in the story. The musical because the fourth longest running Broadway musical during it’s time in the St. James Theatre. The musical also has had various revivals and tours, and earned many awards including the Tony Award for Best Musical, Best Actress, and Best Featured Actor as well as the Best Revival twice (1996 and 2015).

This review will have some spoilers but nothing major as to what happens at the end. I’m only going to go into a bit more detail about the musical and my experience seeing the musical, so if you’re interested in learning more about the historical references for the story or you want to know more about the musical’s history, the Wikipedia page is an excellent place to start as that’s where I got all my info from!

Onto the actual review!

I saw this musical at the Oriental Theatre in downtown Chicago. This was my first time in the theatre but I was happy to become better acquainted with it as this is where most of the musicals for the season will take place (only one of the five will be at the Cadillac Palace instead down the street from the Oriental and the other main theatre is the PrivateBank theatre which is busy hosting Hamilton for what I hope will be many, many years to come.). My seat was amazing, it was first row balcony! I really loved my seat and am no seriously considering renewing my subscription to keep it.

The story opens up on Anna and her son, Louis, as their ship approaches Bangkok, Siam. Anna is a widowed schoolteacher, and is meant to teach the children of the King of Siam, expecting 20 British pounds a month and a separate house for herself and Louis. When this does not occur and her meeting with the King a few weeks later does not result in her promised accommodations she teaches her pupils (several of the king’s children and their mothers), proverbs and songs about the home. The King stops into one of Anna’s lessons to both instruct his children to listen to her lessons and not question their teacher, as well as complain about her lessons centered on the home. They clash over this and over the King calling Anna a “servant”. The two continue to clash but eventually become good friends and Anna advises him as a British envoy approaches. The King also promises her a house of her own as he is desperate to prove he is not a “barbarian” as the Western press has called him.

A subplot between a slave named Tuptim from Burma, who was sent to Siam to be a wife of the King’s, and Lun Tha, a scholar who has accompanied her, who are in love. Tuptim creates a play called Small House of Uncle Thomas which is based on Uncle Tom’s Cabin and contains strong anti-slavery themes. As Anna and the King’s friendship grows, Tuptim has runaway and when she is found her punishment is enough to drive another wedge between the two until the king’s health declines and Anna has to decide what her future holds.

Lara Michelle Kelly’s Anna was fabulous. Right away in “I Whistle a Happy Tune” she displays a brave persona and adds passion to it in “Hello, Young Lovers” where she sings about her husband whom she loved very much to the wives. She quickly comes to care a lot for her students as we see in “Getting to Know You”. Her Anna is very composed and kind, even when she angrily sings “Shall I Tell You What I Think of You?” in which she goes over all that she wants to say to the King after he insults her. And of course, her performance in “Shall We Dance?” was magnificent and breathtaking as she teaches the King to waltz and they spin around the stage perfectly.

The King of Siam, was played by Jose Llana, and I found his character to be funny and compelling. As King, he is expected to know everything, as pointed out by his son who is his heir. In “A Puzzlement” he acknowledges that he’s meant to lead perfectly, but he needs more advice than he is getting. Yet at the same time, he doesn’t accept as much help as he should, at least not openly, as referenced in “Something Wonderful” by Lady Thiang’s character, his head wife, when she convinces Anna to help him come up with a solution to the claims that the King is a barbarian.

Lady Thiang was played by Joan Almedilla, and she really shone in her scenes, particularly “Something Wonderful”. She also was very expressive even in scenes where she was not heavily featured such as “Hello, Young Lovers” and “Getting to Know You”. Her son and the heir to the King, Prince Chulalongkorn was played by Marcus Shane, an understudy for the role, but I wouldn’t have guessed that since he played the part very well. He and Louis, who was played by Graham Montgomery, share a lovely scene where they question why adults act as if they know everything to hide that they don’t know anything in “A Puzzlement (reprise)”.

Tuptim was played by Manna Nichols, and I loved her character. Tuptim is practical and stoic, but deeply in love with Lun Tha, played by Kavin Panmeechao. Tuptim’s story line is quite tragic as she’s considered a “present” for the King. She and Lun Tha manage to see each other every so often, usually with Anna and they care about each other very much. She was very much the outsider among the wives, and Nichols played the role very well.

The staging was amazing as well. The set changes scene to scene, but remains simple overall. Because a lot of female characters and children spend a lot of time sitting on the floor, there isn’t many chairs but there’s often tables, cushions, and small props as well as bigger props such as a ship that Anna and Louis arrive on, a giant Buddha for various portions of the musical, and beds for the scenes that take place in bedrooms. One of my favorite things was that there were streamers that hung from the ceiling when Tuptim and Lun Tha met outside in secret. If I recall correctly they only came down during those scenes. I believe they were meant to be like vines or willow-like branches but I was too far away to really be able to tell.

I had a few favorite scenes. I loved the scenes where everyone is just astonished that Anna is arguing with the King to get her house. Another favorite scene was when Anna promises to keep her head at a lower level than the King’s. I loved it as I’m quite short, so if I was a Queen and had this rule literally everyone would have to crawl to comply! How silly! Anyway, the King does then proceed to lower his head even more and more, causing Anna to smush hers into the floor. Their relationship unfolded in such a hilarious way in that scene!

I also really loved most of Tuptim’s scenes, I think she was my favorite character. Her play was beautiful to watch, as it’s performed in a more traditional Chinese style ballet (according to Wikipedia that’s what it is). I thought the dancing and acting were beautiful and Tuptim’s adaptation of the story was very gutsy and bold.

My favorite scene of all was when Anna taught the King to dance in “Shall We Dance?”, and they waltzed about the stage. Their friendship really shone in this scene, and really made the next scene all the more dramatic and set up the end of the musical nicely.

Overall, I’m incredibly happy I was able to see this musical. I really loved it and thought it was very beautifully put together in an amazing venue. The seat was also great, which was an amazing surprise. Of course, the music was perfection, what else would you expect from a Rodgers and Hammerstein musical? I very much enjoyed this performance and if you’re ever able to see it, I do recommend!