Hi everyone! Today I’m doing the Get to Know Me Tag! Angela from Life of Angela recently did this tag and opened it up to anyone who wanted to participate. Since I have gotten quite a few new followers in the past month, I thought it would be a good idea to do this tag!

Thank you Angela for opening this up!

A few quick notes. Tag Me Tuesday is all my tags/awards/challenges/etc. that I post on Tuesdays. Because I had so many to catch up on I have added a temporary Thursday edition. This also allowed me to fill up my schedule for the month a bit too! That leads me into my next note. I’m blogging for all of May as my own little celebration for my birthday! I’m calling it BirthMay because I think it’s cute. My birthday was on the 12th so I guess this would have made more sense if my birthday was at the end of the month but oh well! I’m having fun!

Okay, onto the tag!

Nicknames: Some people call me Pam and I answer to it, but I prefer Pamela. That being said, I’m not offended if someone calls me Pam.

Occupation: It depends on the events I’m working on. For the largest, a youth sports complex, I am pretty much customer service. I handle the email boxes and take escalated calls for the customer service department in the company. For my other smaller events I handle the groups and help them sort out their housing. Overall, I also have a bit of time on my hands (usually) so I help out in all other areas in the department as well.

Best feature: Probably my smile? I have a cute nose too though. I mean, I’m just cute overall!

Braces: Oh yes, I had braces in high school. Only for a short time and I got them taken off early because my teeth were such team players. 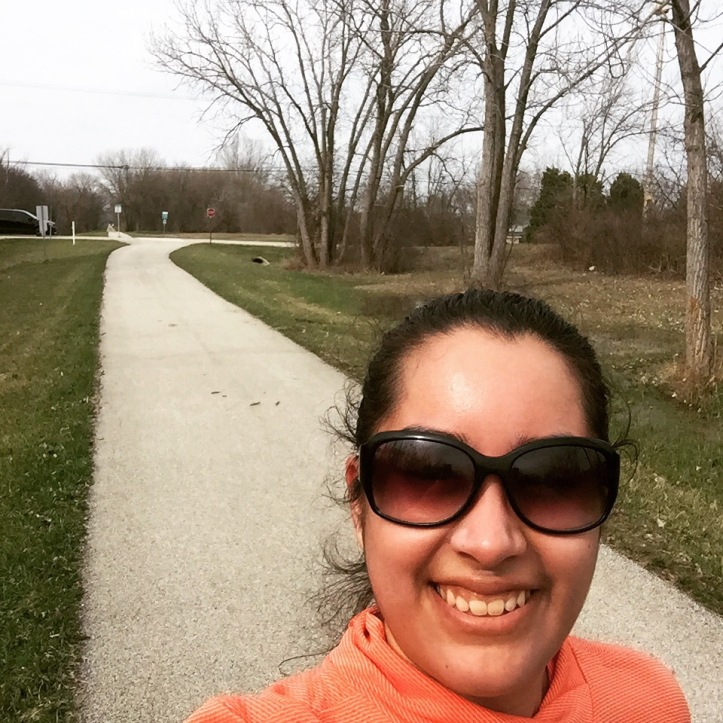 Real Holiday: The first one I actually remember is going to is Disney World. I think… I can’t remember which came first. Let’s go with Disney World. It’s the only time I’ve been although I’m itching to go again! But it might have been Acapulco. I’m really bad at timelines. Oh! I also vaugely remember a trip to Mexico but my mom says I can’t possibly remember because I was 3. But I do remember going to a museum, a zoo, and a soccer game. Oh also I accidentally sprayed my dad with a hose. Whoops!

Best Friend: I don’t remember the girl at all but my mom says I had a friend when we lived in an apartment complex before I started school. Apparently she’d call to me and I’d answer and go out to play with her. My mom was forever perplexed as the girl couldn’t speak Spanish and I didn’t speak English but we apparently understood each other!

Award: Most definitely school related but I can’t possibly recall what it is! I was the smarty pants and proud of it (still am) so it was absolutely academics related.

Sport: I tried to convince myself I would like swimming and track and field in high school. I liked swimming as a sport but not the people, and I liked track for the people, not the sport. I somehow did end up charming all the freshman (it helped that my sister was a freshman) when I was a senior and was voted captain though!

Concert: Ummmm, I don’t think I’ve gone to any concerts. Well unless you count my sister’s school concerts. We were both in band but she’s three years younger so we were typically in different bands growing up. If you mean like not concert band concerts, then I have not been to one. I don’t really do crowds. I mean, I don’t hate them but I really don’t like them. 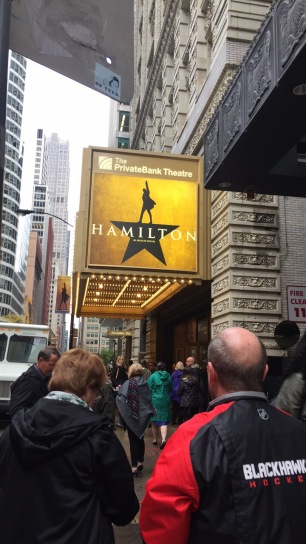 TV Show: Parks and Recreation. I am literally Leslie Knope. (If you didn’t read that in a Chris Traeger voice I’m disappointed in you.) Also Ben Wyatt is the love of my life. And I secretly wish I was April Ludgate.

Color: Oh this is tough. I love pink but I hate saying I love pink because I don’t like it when I like the same thing as everyone else. But pink is my favorite. Orange was my favorite when I had an orange car but poor baby crashed so now I don’t have a preference for it.

Songs: The entire Hamilton album. Should I branch out? Probably. But I’m not going to!

Restaurant: Hmmm, I can’t remember the name of it but it’s a new Mexican place that my family and I have gone to a few times. I love tacos (thank goodness because otherwise I would have starved as a child).

Shop: Target! Seriously, I can spend hours and a ton of money there. Oh wait, I totally have.

Books: Harry Potter. Absolutely no doubt about it. I grew up with these books and I could never have become the person I am today without Hermione in my life.

Shoes: So I have this pair of Vince Camuto boots that I fell in love with the moment I saw them on the shelf in Macy’s. I remember finding it on the shelf and I loved them but the staff couldn’t find the mate (they were on the clearance rack and so only the rights go out, the lefts stay in the back). I was devastated and they never called to say they found the other shoe. Then one day I was looking through the “one of a kind” section in the Macy’s I worked at (yes I worked at the women’s shoe department of a Macy’s) and I FOUND THE BOOTS. And they were MY SIZE. It was fate and I bought them and I love them. That was a very long way of telling you my favorite shoes. 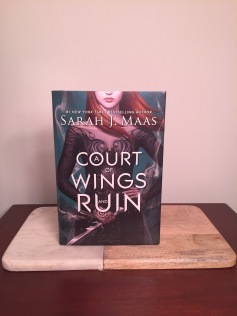 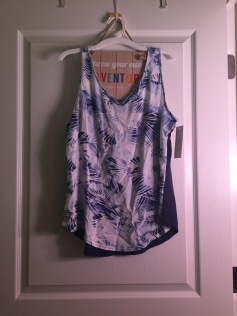 Feeling: Excited. After I finish this post I’m going to go read ACOWAR and I can’t wait! (A Court of Wings and Ruin by Sarah J. Maas.)

Single or Taken: Totally single. Single since 1991. Yup, I’ve never had a boyfriend! I’m totally okay with it though. I haven’t found anyone that can keep up with me yet. 🙂

Thinking about: The Mandela Effect. I keep YouTube on in the background when I write and I just watched a video about this. So the Mandela Effect is when a large portion of a group believes something is true when it actually is not. It’s named after Nelson Mandela because many people thought he died while imprisoned but actually he did not die until 2013. Strange!

Watching: An ASMR video. I love ASMR and find it incredibly relaxing. I think it also helps me control my anxiety so I’m obsessed.

Wearing: My pjs so I can hop into bed to read after this and a warm cozy grey sweater. 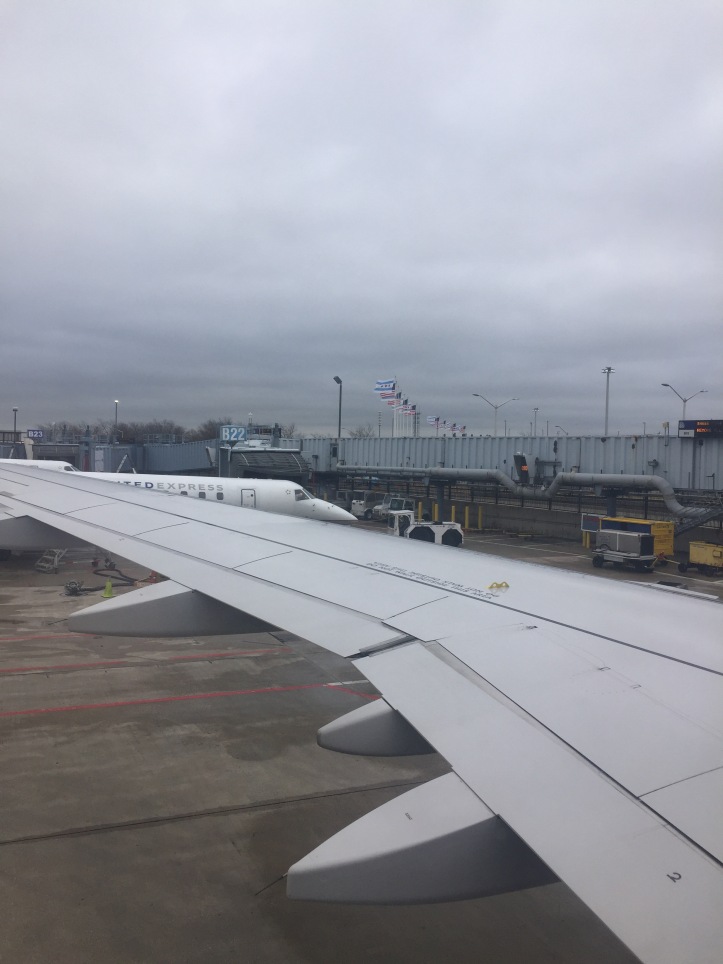 Want Children: Absolutely not. I’ll play with yours and cuddle yours and offer to babysit (but don’t take me up on it, I have 0 experience and am not CPR certified) but I want no kids of my own. It’s not something I can see myself doing or even enjoying. Luckily my parents are okay with the prospect of not having grandkids from me so no pressure there either!

Want to be Married: Yes but only if it’s to the right person. If I can’t find someone I like, I know I can be happy alone.

Careers in Mind: I want to have my own business. I’ve always wanted to be a CEO and I still want that for myself. For now, I’m working in the event planning industry and it’s fascinating to see from behind the scenes but I am not convinced it’s entirely for me. I’m taking it slow though and am willing to explore many things. If my career involves a lot of travel, I’ll be happy!

And that’s my Get to Know Me tag! I’m going to follow Angela’s lead and leave my nominations open to everyone. I do hope you’ll do this tag as I want to get to know everyone better.