Hey everyone! Today I thought I’d write a super long post about the musicals I’ve seen up until now and a bit about how my musical obsession came to be. I haven’t seen any yet in 2017 but I have bought season tickets for Broadway in Chicago already and several other shows as well. So far I’m planning to see 8 shows this year, with another 2 or 3 that I haven’t bought tickets for yet because they haven’t gone on sale yet. Two of those will be repeats but well, this is a whole other post altogether I suppose!

If you’ve been following me for awhile here or on Instagram, or even Twitter, (StarringPamela on both!) you’ll know I’m a bit of a theatre fan. I love to take photos of my playbill with the stage before the show begins for my Instagram. Every year for the Tony Awards I live tweet (I do the same thing for the Oscars as well) throughout the night and I really enjoy doing it! And last year I really let myself commit to an obsession that should have started long ago.

Growing up I was exposed to theatre mostly due to my other musical involvements. I started playing flute in middle school and did that all through my following school years, including college, so I was always involved in music. Because of this I also got to see school musicals and plays in order to support other programs in the fine arts and would occasionally go see productions as part of school field trips. I remember going to see a play of Cinderella as a kid through school, going to see a high school production of Grease where some of my friends had the leading roles, and seeing Blue Man Group in high school as part of a band trip. Unfortunately I don’t remember some of the titles for all of the productions I’ve seen, but for the most part I’ll include a pretty comprehensive list in this post.

I’ve always enjoyed musicals, probably because they reminded me of Disney films where the characters will sing and dance, and Disney has always been an important part of my life. I really enjoy plays as well, although my relationship with plays is a little different. While I go out of my way to see musicals, I never do that with plays, but if the opportunity arose I wouldn’t say no to a play. Up until a few years ago, in fact, I could have sworn to you that plays bored me, although I’d never seen a boring play.

My sister and I were talking about it and she said that she and a friend had been talking about the same thing a few days before, but about food. Have you ever stated that you dislike a certain food? If so, do you know why you dislike it? It seems to be a common thing where you think you dislike something but don’t remember why or how that dislike started.

Anyway, all that to say that fine arts have really been a huge part of my life. My next point is about how unlikely that is for me. Both of my parents aren’t into the fine arts at all, although my mom will join me for musicals now. They always went to my concerts and loved doing that, but otherwise they are not the kind of people to go to symphonies or plays or anything like that. So school was the only time I was exposed to it. I think that’s why it took me so long to realize that I could just go see a musical outside of school trips! I know lots of people go to the theatre with their parents since they’re young so it might sound weird but that’s how it was for me.

Now I go to musicals all the time, maybe a little too much because honestly it’s not cheap to go see a musical. Between tickets, transportation, meals before/after the show, and anything you buy at the theatre, it’s not a cheap hobby. Still, it is worth every penny for me when the lights dim, the first notes rise from the orchestra, and the show begins. That’s such a magical moment and I live for that.

So now that we’ve gone through my history with musicals, here’s the shows I’ve seen! Again, this won’t be a comprehensive list because I’m sure I’ll miss some, and the plays I’ve seen aren’t included either. I also won’t be including any ballets I’ve seen, mostly as I haven’t seen many. So here we go! 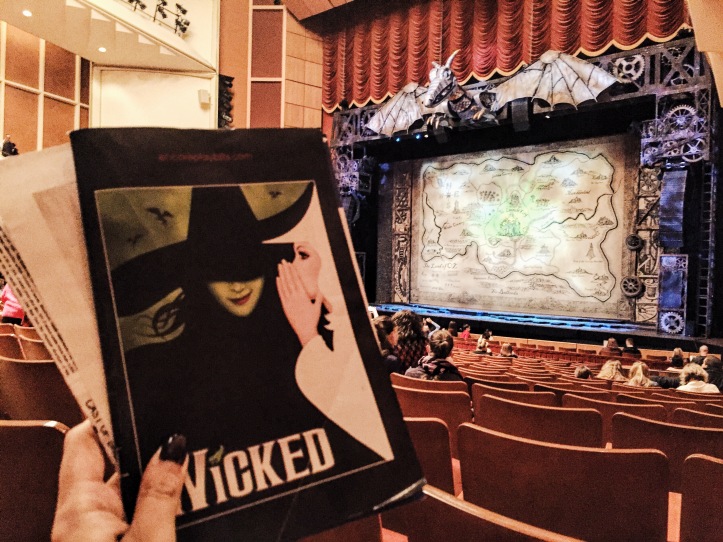 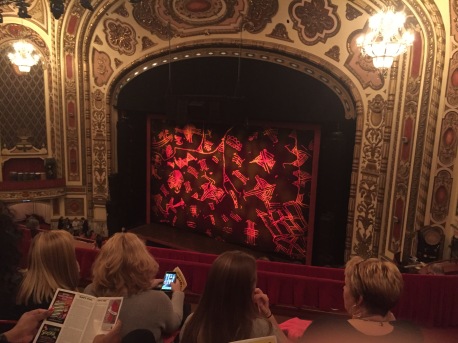 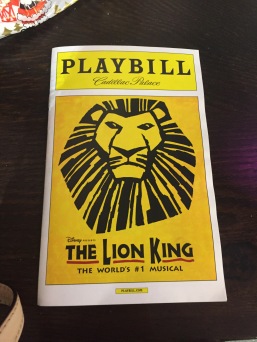 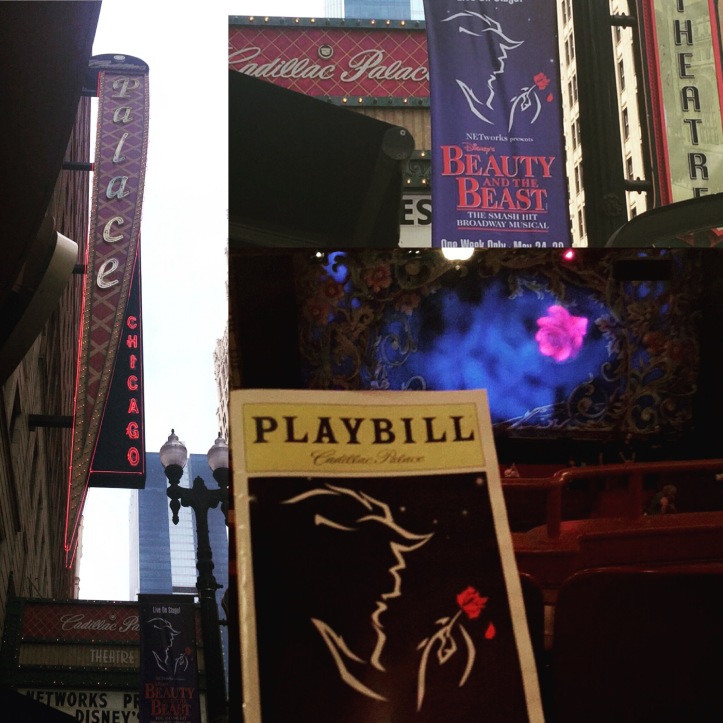 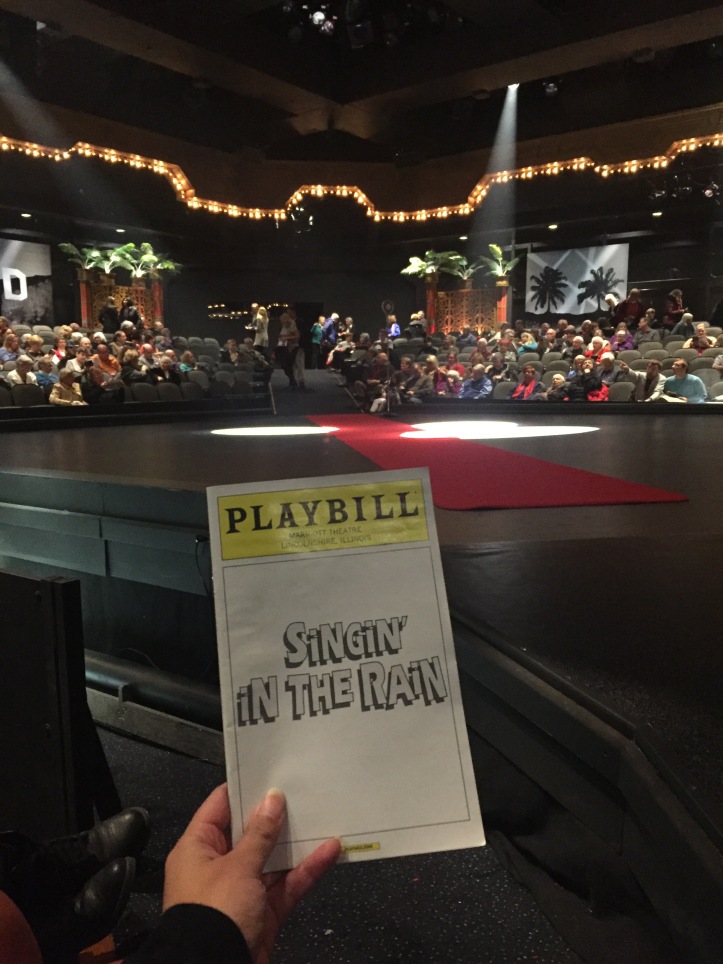 And that’s all the musicals I’ve seen! I have a cute little binder from my sister where I keep all my Playbills and it’s so nice to go through and take a trip down memory lane. I can’t wait to add to it.

I’ll be honest, sometimes I think that I need to see less musicals and go to the theatre less. Like I said, it can get pricey, it can be time consuming, and so on. But just thinking of a life without trips to the theatre breaks my heart. For a few hours it’s just me watching a beautiful story unfold before me, music surrounding me, and the world stopping to watch what’s happening on the stage. I can’t stop now that I’ve found joy.

I know this has been an insanely long post but I hope you’ll indulge me for just another moment. Late last year I was catching up with a friend and we were going to go see a ballet production. She mentioned seeing my pictures of the Playbills and stages I was at and that she’d started trying to find time to go to the theatre herself. She shared with me that she had learned there was a small theatre near her that she’d started going to and asked that if I ever needed a theatre buddy to please consider inviting her. Learning that I was able to inspire another young person find the magic of the theatre was special for me and I am very happy to have been able to do that for at least one person.

So what’s your favorite musical? Let me know in the comments and if I haven’t seen it I’m certainly going to keep an eye out for it. I’m by no means a theatre expert so your suggestions are greatly appreciated!