Hey everyone! Time for Part 3 of my adventures in Mexico. We’re almost at the end, sadly. So today will be the last bit of my Acapulco fun and the next part of my trip.Be prepared for tons and tons of more pictures!

On our last day in Acapulco we got up super early and went down to enjoy the morning in the pool. We had to check out by noon, so we had decided to stay in the hotel to avoid getting back late, as would have absolutely happened if we had gone on to another outing. 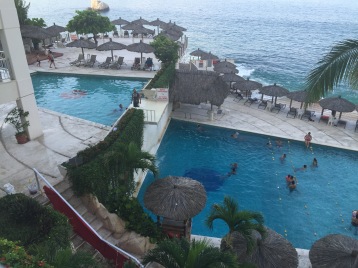 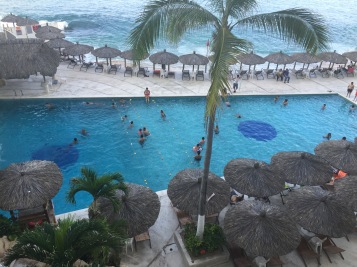 Since it was still early there was almost no one in the pool and I took full advantage. Having been a competitive swimmer in high school I grabbed a lane and did tons of laps. Probably not how others would want to spend their vacation but I was having a blast. I really missed swimming and have wanted to go join an adult team for ages but unfortunately it hasn’t worked with my work schedule. I swam laps for as long as I could but I had to give it up when it was time for breakfast and the pool started to fill up.

A lot of other vacationers were clearly not strong swimmers and a few commented that they were amazed by the flip turns I was doing (albeit a little badly because I haven’t practiced them in so long, my form was wayyyyy off!). They were very nice to stop and tell me so I thought that was lovely. My family also was surprised and impressed too!

After breakfast we went back down to the pool and swam a bit more. We didn’t go onto the beach by the hotel as the waves were really, really strong and there was a bit of a whirlpool going on but we swam for quite a bit longer before going back upstairs to get our things and check out of the hotel. On the way out of Acapulco we stopped by one of the shopping areas and bought a ton of souvenirs and got some lunch before heading back out. I would like to point out that my mom bought me ice cream for lunch so that was a huge highlight of the whole trip! 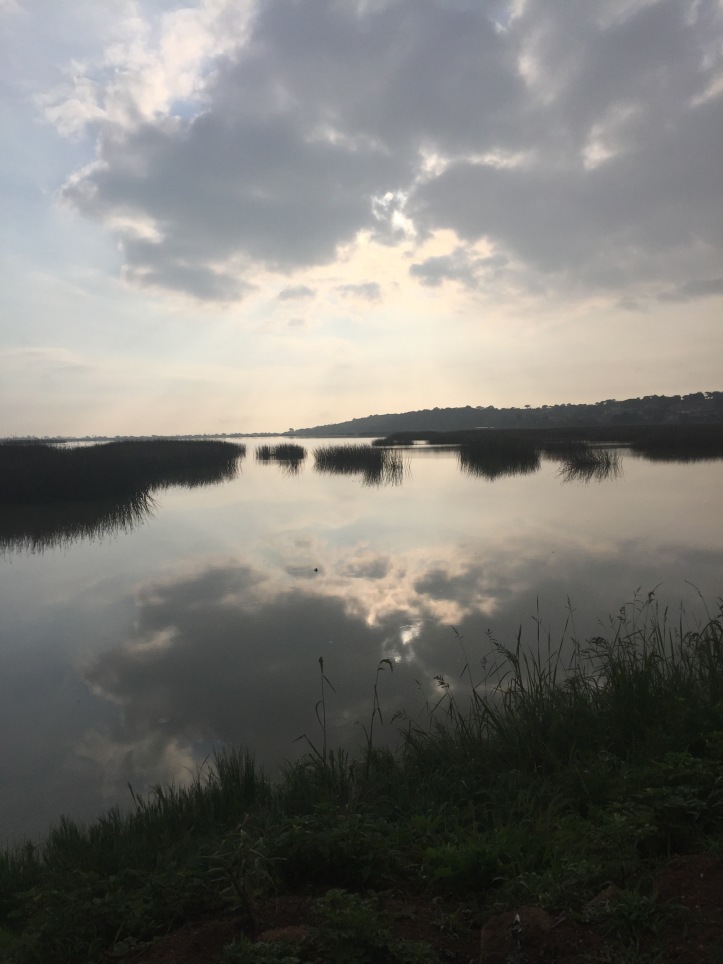 We spent the night in Mexico City before we headed out again the next day. My uncle drove my mom and I to the town near Morelia, about 4 hours away, where my grandfather lives. Above is the view from his backyard to the lake behind his home.

We stopped for lunch along the way and then arrived pretty early to my dad’s family’s home first. His family always has a room ready for us so that was very nice, although I guess it was quite rude of us to show up on such little notice, and on top of that, they didn’t know I was coming! They were very sweet about it, and seemed so happy to see me. My dad’s elderly uncle came out of his house to chat for a bit and my dad’s family asked about my sister. It was hilarious because they call her “almohadita” which means “little pillow”, which they called her since she was a baby. I thought it was funny because she’s grown up to be a giant, she’s taller than me!

We went back to my grandfather’s home where he quickly forbade us from feeding the cat (we didn’t listen as evidenced above) and then we went across the street where my mom’s sister-in-law lived. Unfortunately her father had passed right before our arrival and my mom had grown up knowing her and her sisters so she wanted to go and see them. We spent some time with them before heading back to her dad’s for a bit and then heading back to my dad’s family’s home for bed.

The next morning we got up pretty early and headed into the city Morelia for some exploring. We headed to the historic district where the city was setting up the decorations for the Independence Day celebrations (September 15 and 16).

We found a really nice church in the city center, the Morelia Cathedral, and we were able to go in for a bit to look around.

Once we were inside we were approached by a man who introduced himself as an employee of the Morelia Cultural Center and was offering free tours to those who were visiting the cathedral. We accepted and were given a really nice tour. Turns out that a lot of people were so fervent in their worshiping so they had to add a lot of barriers in front of a lot of the displays in order to preserve the artifacts.

In our tour we were told of how the cathedral was renovated when the Pope visited Mexico and gold decor was added to the church. We also heard of the time when the large silver and gold sculpture in the photo at the alter was stolen and only found when the thieves tried to escape using the highway. And we also found out that the cathedral is now monitored with camera and facial recognition systems where the system will automatically scan your face to find out if you have been at the cathedral before and when and so on. 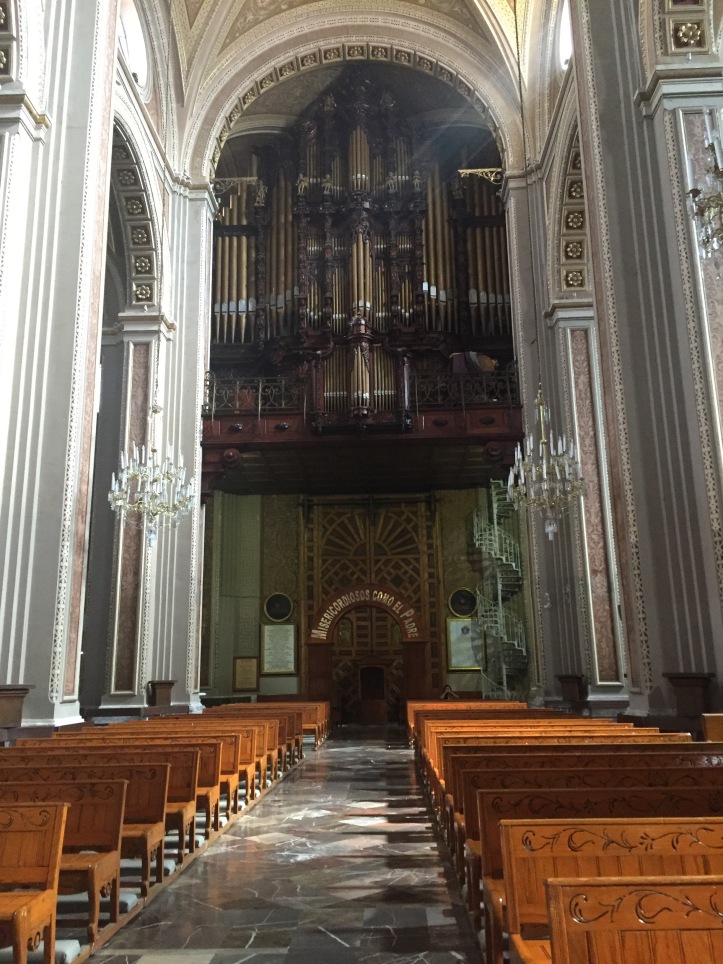 One of the coolest things that we experienced was hearing the main organ player practice while we were at the cathedral. According to the tour guide the organ in the cathedral is the second largest in Mexico and the players almost never practice so you can really only hear them during mass. It was truly beautiful and I’m so happy we were able to experience it. 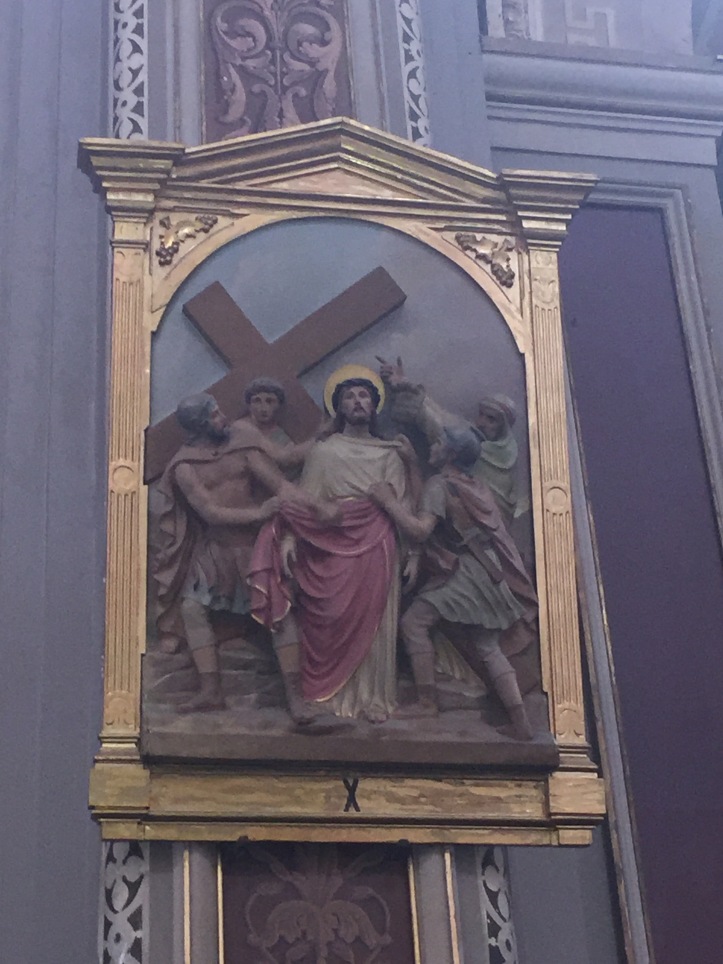 We were also given special permission to take a photo with flash as the goal was for the gold accents in this artwork to glow from the light. Unfortunately it didn’t really seem to work on our phones, so I think you need a really good flash for it to show up properly. During the tour we also picked up a few people and we tipped the tour guide a bit before he headed back to do the first part of the tour that the newbies had missed. 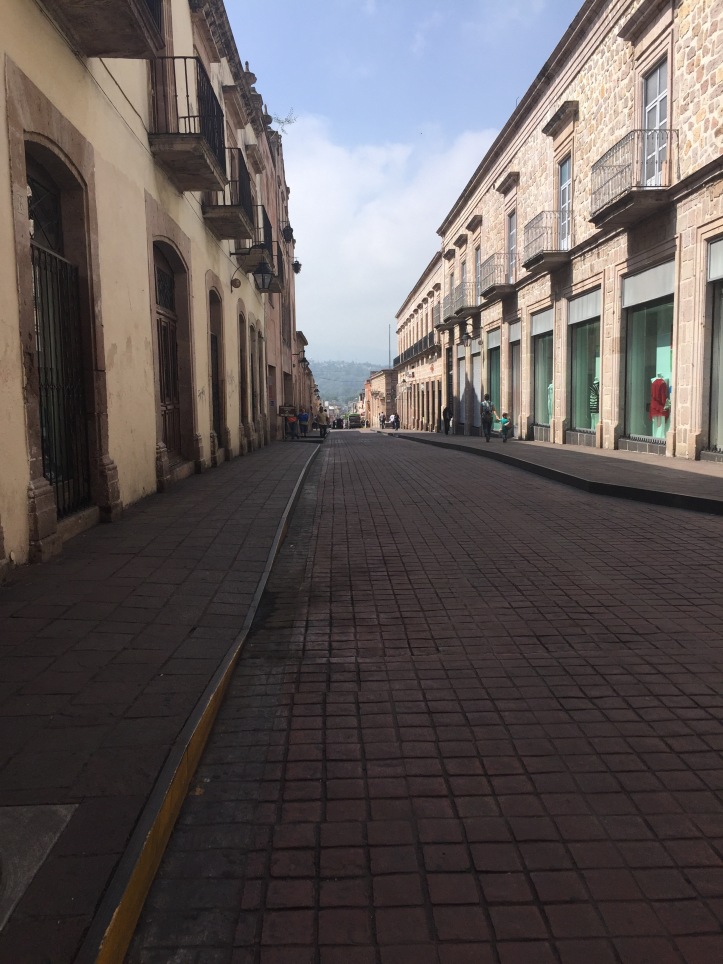 We then saw another church and were offered the chance to view some paintings they had in a room off of the main area. We weren’t able to take any photos at all in this church as they were not allowed but they were very nice and it was a great opportunity. We then filled out the guest book, which was the only thing the church asked we do in exchange for being able to view the paintings. Good deal for us!

We then got lunch and then walked around to a market in the area for more quick shopping. We walked past a student protest (yikes!) and then past this hotel, Hotel Alameda, where my mom said that she and my dad stayed after they got married, so I guess that was their honeymoon spot? It was nice to see and I snapped a quick photo of it before we headed out.

We did not see my grandfather’s home in the city as we didn’t have time but I remember that it had been a lovely little home and I was sad to miss it. But we did see the aqueducts on the way back which was awesome as I had wanted to see them since my high school Spanish class! 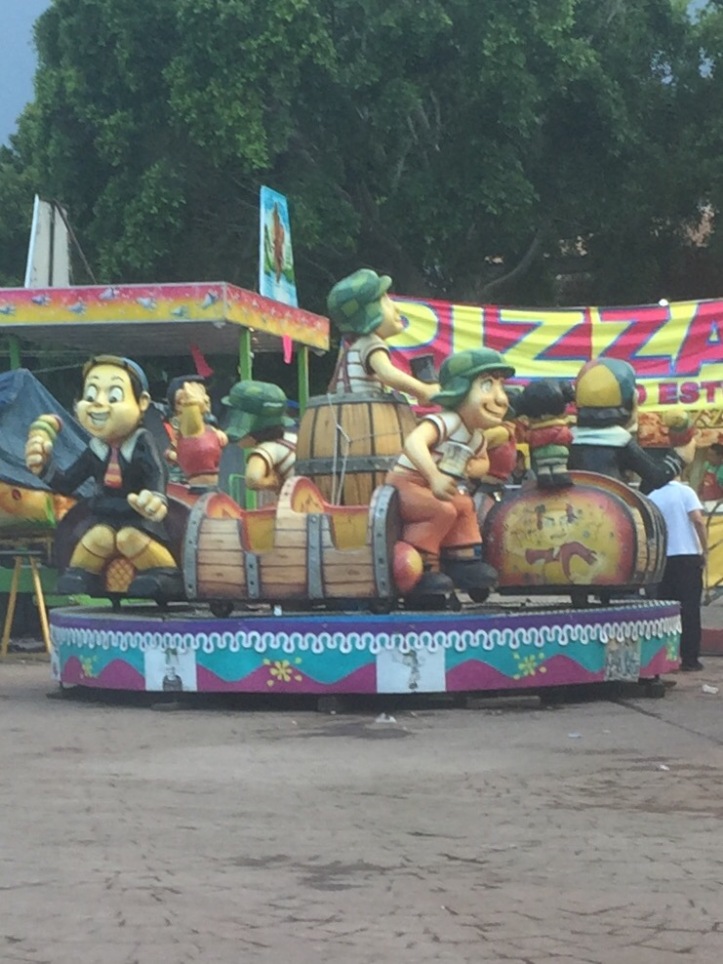 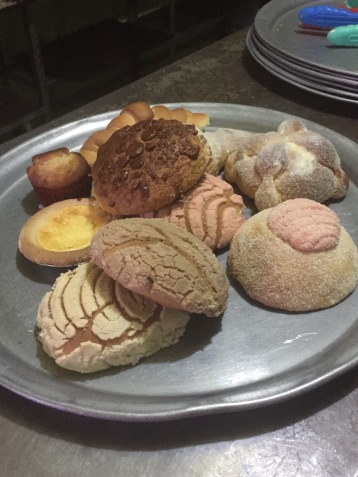 Here’s a few more photos of stuff I saw. I also got a giant Horchata, we stopped for some bread on the way home, and we saw a neighboring town’s festival. We also stopped by to see my mom’s eldest sister who lives in a town pretty far away from the home but we were lucky enough to have my uncle the taxi driver who was more than up to the trip. My mom’s sister looks exactly like her mom, which is really nice to see so I can remember my grandmother’s face a little easier. My mom also looks a lot like her mom as well now.

The last time I saw my aunt was ten years ago, she has since beat cancer, come to the USA for treatment and probably seen more states at this point than I have, and has maintained a good attitude throughout. She’s had a difficult life and yet she has been so positive so I’m glad to be related to such a nice woman.

We then headed back before nightfall and were able to hang out with some family before preparing to head back out the next day to Mexico City.

So I should be able to squeeze the last bit of my trip into one more post. I’m so happy for the ability to be able to write about my travels on my blog. I always seem to have such a terrible memory and I really think that writing about my time in Mexico will help me remember all the fun and amazing things I experienced. So be on the look out for part 4!

Next week will be my September books on Monday, September Favorites on Wednesday, and my Equestrian life on Friday. Because my last week of the month is already all planned out part 4 will need to wait until the week after.

Let me know what your dream vacation spot is below! I totally want to see Cancun next, the beaches and pyramids there are calling out to me!